On December 1, 2020, the Wilson Center’s Environmental Change and Security Program hosted a presentation of the book, "The First Political Order: How Sex Shapes Governance and National Security Worldwide" by the authors, followed by a discussion with experts focused on encouraging progress to better understand the first political order—the sexual political order.

“What you do to your women you do to your nation state. And so, if you decide to curse your women, we argue that you will curse your nation state as well,” said Valerie Hudson, University Distinguished Professor and Holder of the George H.W. Bush Chair at the Bush School of Government and Public Service at Texas A&M University, at the launch of The First Political Order. Co-authored by Hudson, Donna Lee Bowen, Professor Emerita at Brigham Young University, and P. Lynne Nielson, Professor of statistics at Brigham Young University, The First Political Order is the culmination of 2 decades of research on the linkages between the status of women and the status of nation-state security.

The first political order in any society is the sexual political order established between men and women, said Hudson. Whether society considers the two groups equal, whether it resolves conflicts between the groups peacefully or by force, and whether resources are equally distributed between them have far-reaching consequences for peace and security. “And we argue, along with many, many other scholars, that the character of that first order molds the society, its governance, and its behavior,” said Hudson.

The sexual political order in a nation begins at the household level with issues like women’s property and inheritance rights and how society views domestic violence and femicide, said Hudson. These issues form a series of “interlocking mechanisms” designed to subordinate women. Control over access to resources ends up in the hands of men while women are disenfranchised from property and inheritance rights, said Hudson. Family becomes defined by the male line so that male kin retain the resources and power. This results in son preference and the devaluation of women’s lives, including early marriage for girls.

“And as such, all of these things begin to influence family and personal status laws, and these begin to be deeply inequitable, favoring men over women,” said Hudson. If women’s labor is considered valuable, polygeny and bride price result. If it is not deemed valuable, then dowry and sex ratio alteration arise instead. These mechanisms work like “a series of interlocking magnetic beads. If you have one, you’re liable to have more than one. If you have three or four, you’re liable to have five or six of them,” said Hudson. The authors refer to this system of interlocking pattern of institutions, processes, and norms that enforce it as the “Patrilineal/Fraternal Syndrome.”

The Syndrome affects not only women, but society as a whole. The subordination of women and political instability are deeply connected, said Mark Weiner, Professor of Law and Sidney I. Reitman Scholar at Rutgers Law School. “It’s deep in that female subordination beginning at the household level is not simply a consequence of bad political order, but rather, its ultimate cause.” This is because “the home is a boot camp,” said Bowen. “There is no better training ground for political violence and instability than lived domestic terror, lived domestic corruption and exploitation, lived domestic autocracy.” By raising our children in Syndrome practices, we prove that women’s disempowerment works in perpetuating the Syndrome, setting up future generations to follow in that pathway, she said.

After evaluating data based on nine dimensions of nation-state outcomes, the authors found that nations that highly encode the Syndrome also experience more instability, violence, and corruption. For example, a nation that encodes the syndrome has 2.13 times the chance of being a fragile state, said Nielsen. Such nations also have “3.53 times the chance of having a government that is more autocratic, less effective, and more corrupt.”

These findings have powerful implications for national security and development. “If we can disrupt the weak points of this syndrome, we may have found a way to cut out the roots of instability, conflict, and ineffective governance,” said Bowen. “Only by adopting women, peace, and security lenses can we see these linkages and make our foreign policy and security policies more effective,” she said. For example, achieving democracy in a nation requires breaking the Patrilineal/Fraternal Syndrome. The subordination of women through the first political order is “not good ground for the export of democracy,” said Hudson. The United States would be more likely to succeed in exporting democracy to nations that have transitioned away from the Syndrome.

Such considerations have largely been missing in the United States’ approach to development and foreign policy, said Hudson. But “if the U.S. isn’t tracking the situation of women, how’s it going to effectively anticipate instability in other countries?” she asked. “How will the U.S. know that ending child marriage worldwide would probably do more for world peace than any other investment?” One day, the idea that foreign policy could ignore the situation of women will be laughably naïve, said Hudson.

A combined approach in policymaking

Measures aimed at gender equality, like the Women, Peace and Security agenda as well as policies promoting sexual and reproductive health, are not immediately captured in the framework of the Patrilineal/Fraternal Syndrome, said Jeni Klugman, Managing Director of the Institute for Women, Peace, and Security at Georgetown University. Indeed, sometimes laws fall short in practice: In Bangladesh, child marriage was banned in 1924, but today, three out of four Bangladeshi girls are still married before their eighteenth birthday, she said.

Still, laws do matter, and such policies do fit within the Syndrome’s framework, said Klugman. For instance, sexual and reproductive health—both family planning and access to safe and legal abortions—are relevant. “Having no control over one’s own fertility is recognized as a prime driver of female subordination, including in the context of early marriage,” she said, “and could be a key option for advancing the agenda more broadly.”

“Clearly these changes are not in themselves sufficient, and progress on one aspect may well not survive,” said Klugman. But these changes are also necessary, as even so-called conventional routes to gender equality bring benefits to women themselves, such as girls’ education and working outside the home.

Tackling child marriage, polygyny, and pensions are three of the easiest ways of addressing the Patrilineal/Fraternal Syndrome, said Hudson. “If those three were the focus of attention, we think that a lot of cascading downstream effects from that would take place,” she said. But we should not ignore traditional measures like female literacy, female participation in government, and female economic participation, said Nielsen, since rather than being mutually exclusive, these measures should go together to improve the status of women worldwide.

Every human society, past and present, has encoded the Patrilineal/Fraternal Syndrome in some way, and it is “constantly evolving, retreating, and advancing,” said Bowen. Hence, even in states that move away from the syndrome, regression is still possible. “[T]he battle will need to be fought anew with every generation,” said Hudson. 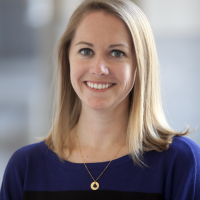 The Africa Program works to address the most critical issues facing Africa and U.S.-Africa relations, build mutually beneficial U.S.–Africa relations, and enhance knowledge and understanding about Africa in the United States. The Program achieves its mission through in-depth research and analyses, including our blog Africa Up Close, public discussion, working groups, and briefings that bring together policymakers, practitioners, and subject matter experts to analyze and offer practical options for tackling key challenges in Africa and in U.S.-Africa relations.    Read more 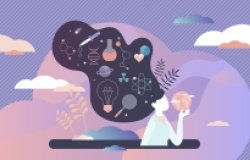 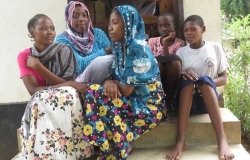 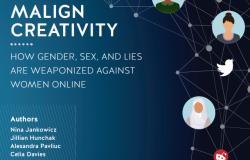 Publication
Science and Technology
Malign Creativity: How Gender, Sex, and Lies are Weaponized Against Women Online 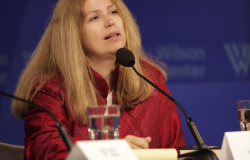 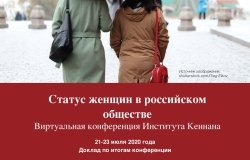 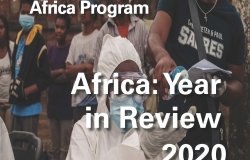 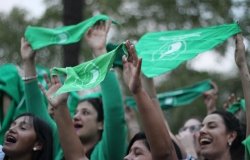 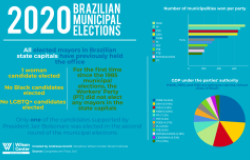